The God PAN, the king of the woods and natural instincts 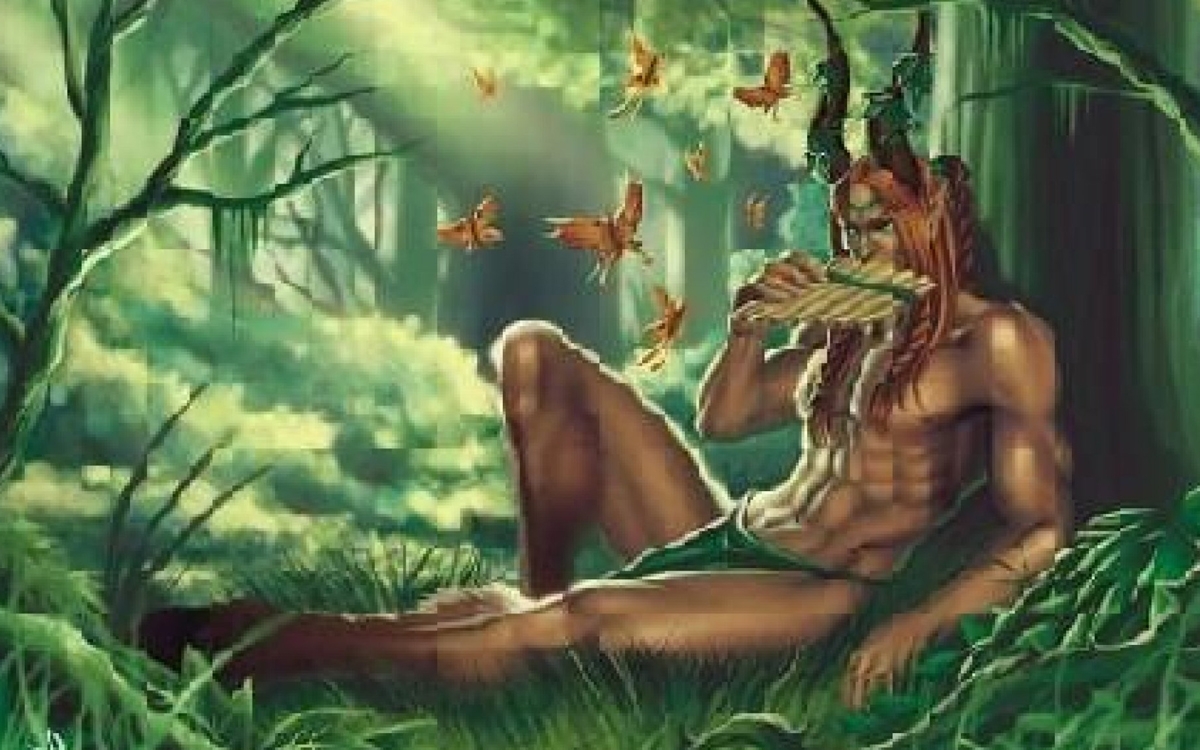 The God Pan, the king of the woods and natural instincts

The god Pan, the king of the woods and natural instincts In Greek mythology, there is a pastoral divinity that lives in the mountainous region of Arcadia, where flocks graze and raises bees.

It is a being of terrifying appearance (the body covered with thick black hairs, the horns and goat legs) and with an impetuous and irascible character, but not evil for this. It is the god Pan, the god of the woods, an expression of the wild totality of Nature, a representation of the impulsiveness of instincts and virility.

Devoted to chase, seduce and possess the nymphs, but also a lover of the quiet of midday, the god Pan never renounces his afternoon siesta, which it would be better not to interrupt, on pain of his sudden and noisy appearance from the terrifying and paralyzing effect. Is it perhaps the same terror and the same paralysis told by those who claim to have had a "panic attack"?

The psychologist and essayist James Hillman, a student of C.G. Jung and founder of Archetypal Psychology: the archetypes - symbolically represented by all the gods of Olympus - inhabit the Universe as much as the Individual, but in our times the gods have been internalized in the pathology; they live in our symptoms, inexorably demanding recognition and attention.

We could then imagine the panic attack, with its labored breathing, the fast and noisy heart rhythm, the confusion and the feeling of fainting as well as the great fear, the terror of dying, like the return of the god Pan that we had exiled from our life?

When we are strong in our ideals-rules-moralisms we tend to keep everything under control with an unquestionable sense of responsibility and duty, when we find ourselves for a long time following the same "untouchable" schematics and we risk - most of the time without realizing it - of removing intense passions and emotions from our existence, so then a great anguish could arise, an opportunity to regain contact with the disturbing animality that lives there.

In short, if we remove the instinctuality from our life, the caged god Pan rebels and breaks into our daily lives dramatically to warn us that we are in danger because we are hindering the flow of our libido, suffocating our most creative and instinctive part. It invites us to listen to what is inside us and to find a new direction to be able to express it. The instinctual energy and vitality to which he had been prevented from flowing freely returned to manifest impetuously with the panic attack: the heart - center of the pulsation of the affections - beats to the crazy reclaiming a "new" rhythm; the labored and noisy breath declares the desire, the desire for a new exchange with the world; the sense of disorientation obliges us to consider other points of view and the fear of fainting alludes to the possible loss of consciousness. And the fear of dying? In all its intensity, it seems to be the full awareness of the need for an "awakening" to oneself, of a rebirth: the old way of life must decay and give way to a renewed existence, capable of knowing how to welcome the return of the of. One last reflection ... Perhaps there is another moment in our lives - healthy and nutritious, as natural and inalienable - during which the heart begins to beat faster and faster, breathing becomes ever more present and eloquent, the mind begins to become overwhelmed by the senses and want nothing more than to lose consciousness for that instant that smells of infinity? Yes, just that. for more information on the subject: Dr. Maria Ceriani, psychotherapist mob: +39 338 9393503 www.psicosomatica.it